About two years after the events of Age of Ultron, Thor (Chris Hemwsorth) returns home to Asgard, his search for infinity stones proving fruitless. After a confrontation with his long-imprisoned sister Hela (Cate Blanchett), Thor and his brother, Loki (Tom Hiddleston), are sent to a mysterious gladiator planet, controlled by Jeff Goldblum with Blue Face Makeup. Thor needs to team up with both old friends and new to escape Jeff Goldblum Planet, in order to stop Hela from destroying Asgard.

Let me start by clarifying that no one is going to leave this movie caring about a single word of the story that the above paragraph describes. This movie is not a glorious achievement in storytelling. Eric Pearson, Craig Kyle and Christopher L. Yost write a borderline sufficient script that is effectively a conduit to get the audience from one set piece to the next. Whatever director was given this script was going to have the task to make a run-of-the-mill Thor script and make it something fun.

All hail Taika Waititi. Waititi has quietly been creating some of the strongest comedy around right now, with his wonderfully bizarre vampire mockumentary What We Do In The Shadows, and the surprisingly touching family comedy The Hunt for the Wilderpeople. Kevin Feige and company giving him the reins of what many believe to be the weakest of their properties is another sign that the MCU may have learned its lesson from their mishandling of the Edgar Wright/Ant-Man situation, and that they are willing to take risks on their films. Here, the risk pays off in a wonderful way. Waititi allows his cast, especially Chris Hemsworth (a standout from an otherwise forgettable Ghostbusters reboot/remake/whatever), to play around with the script’s dialogue, opening the film up to some strong comedic sequences. It is the film’s comedy that allows this movie to stand out from other Marvel movies (except James Gunn’s Guardians of the Galaxy movies). I wish that Waititi had been able to do the script for this film as well, just because his scripts really do standout among other comedies from the last few years, but he is given enough freedom that he is able to make this movie work. 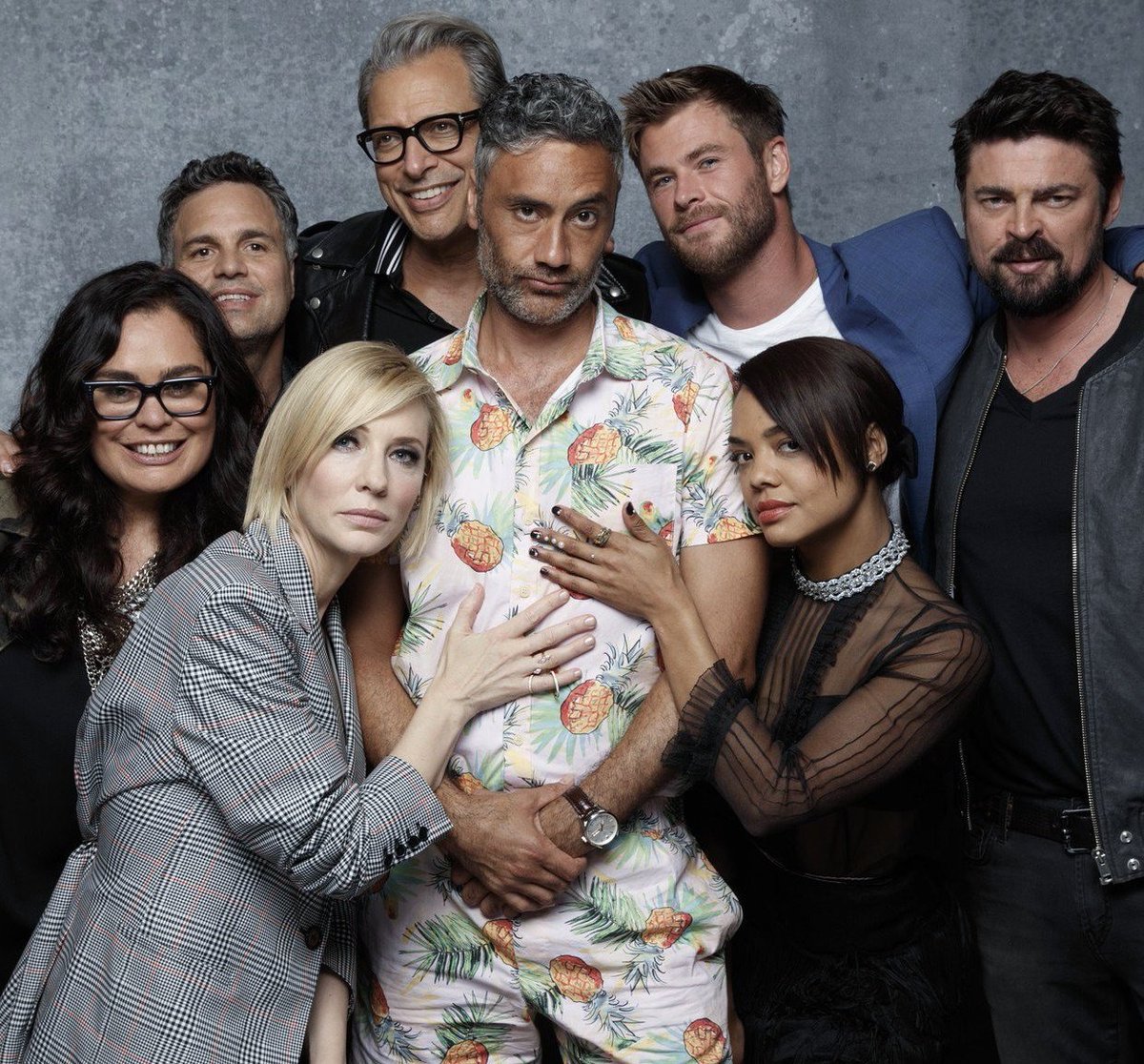 This film’s characters stand out as well (something I personally cannot say of Spiderman: Homecoming). This is by far the most I have ever liked Thor as a character, and he and Loki (who I haven’t ever liked outside of the first Avengers movie) actually have a solid arc together, which I’m sure will not be wasted five seconds into Hiddleston’s screentime in the first Infinity Wars movie (which will be bad, you heard it here first, unless I’m wrong, in which case, don’t @ me). There is a brief scene in an elevator between the two brothers that leaves more of an emotional mark than anything in the previous four and a half hours of Thor movies. The same can be said of Tessa Thompson’s Valkyrie, who I hope is here to stay in the MCU. Thompson is an incredibly talented actress and here she is able to balance badass warrior, town-drunk and emotionally broken soldier all exquisitely. Also, Jeff Goldblum is Jeff Goldblum in this movie, and you really cannot have enough of Jeff Golblum.

Before I get to my favorite character, I do want to mention Cate Blanchett briefly. Again, the script fails her here, marking another MCU villain whose arc and motive is not nearly as interesting as the actor playing them (see Mickey Rourke’s Whiplash, Guy Pearce’s character in Iron Man 3, Christopher Eccleston’s Dark Elf, Lee Pace’s Ronan, James Spader’s Ultron, even Kurt Russell’s Ego). That said, Blanchett is much closer to Russell’s Ego than any of the others, where her performance is strong enough that I never actively disliked seeing her on screen. She is clearly having the time of her life growling and smirking her way through her lines, and she is a formidable enough villain that it’s actually kind of fun watching her easily mow down an entire army. Again, in a franchise that has given us the Frost Giants and the Dark Elves, I’ll gladly watch slimy Cate Blanchett smirk her way through a performance.

My favorite part of this movie though is, unsurprisingly, Korg, the rock-person that Taika Waititi did performance capture for and voiced. Again, Waititi’s absurd brand of humor comes through with every line that this character has, from the wonderfully trivial reason his revolution failed, to his attempt at protecting Thor from one of Loki’s projections. Every time Korg was onscreen, I had the biggest smile on my face, and I dearly hope that we have not seen the last of his wonderful face.

Unsurprisingly, the score here does little for me. As I’ve linked before (and will gladly link again), the scores in the MCU are wildly forgettable, which isn’t the worst thing in the world, but, at the same time, is pretty disappointing. I own CDs (let me be dated) of the scores of Super 8 and The Social Network because those already strong films are taken to another level with the incredible work of Michael Giacchino and Trent Reznor & Atticus Ross. Here, Mark Mothersbaugh’s score effectively acts as a filler to ensure that the movie does not have any dead air. There are times when it uses synthesizer, which is a nice touch that makes it feel a little different than the typical bland “hero score” that is typically in these movies, but it isn’t used frequently enough for it to really leave a lasting impression.

The movie does use Led Zeppelin’s “Immigrant Song” to wonderful effect (just like the film’s first teaser, which marked the moment I realized that I was probably going to deeply enjoy a Thor movie). But, maybe four-five minutes of memorable music in a 130 minute movie is not a strong ratio. I want Marvel to succeed here. They haven’t come close.

You’ll notice that each picture I use in this review has Taika Waititi at its center. That’s intentional. This movie works because of his touch. Plain and simple.

One thought on “Thor Ragnarok Review”