Every twenty-seven years, the small town of Derry, Maine is haunted by a mysterious entity that kidnaps the town’s children. In 1989, a group of seven thirteen-year-olds, called The Losers, decides to take matters into their own hands and begins to investigate the entity that has been haunting them in the form of Pennywise the Dancing Clown (Hemlock Grove’s Bill Skarsgård).

About a year ago, I was not expecting to like this movie. Adaptations of Stephen King’s books have been hit-or-miss over the decades (okay, mostly miss), and the film’s original director Cary Fukunaga (who directed every episode of the highly-acclaimed first season of HBO’s True Detective) had dropped out over creative differences with the production company. Fukunaga was replaced by Andy Muschetti, who had directed the apparently average Mama. Although I never saw True Detective or Mama, I knew which of the two had been better received upon their premieres, so this trade did not seem to bode well for the second adaptation of one of King’s most famous works, the first of which starred cult hero Tim Curry as Pennywise (it premiered in 1990. 2017-1990=27, Illuminati confirmed).

Then, the first teaser premiered in March, and I felt something that terrified me: hope. Not only did the trailer have the best sound effect I have ever heard (here it is 15 times. I love the Internet sometimes), but it had an actually terrifying sequence involving a projector, and then utilized the projector sound effect to a chilling effect for the rest of the trailer. As more clips came out, some focusing on the horror, others focusing on the bond between the kids, my excitement continued to grow.

Finally, on September 8, the movie was released, and the ad campaign did not trick me: I loved it, but not entirely for the reasons I originally imagined. I expected the horror to outdo the chemistry between the children, but the reverse was true.

Although this film can be creepy when it wants to be, they often elected to use CGI over Skarsgård’s performance, making him feel more like a cartoon than a physical entity haunting these children. The cartoony CGI often detracted from an otherwise delicious performance. When left to his own devices, Skarsgård is alternately horrifying and heinously funny. At the beginning of the film, he tempts Georgie (a suitably innocent Jackson Robert Scott) with promises of popcorn and balloons but is able to do it with just enough charm that you are able to believe that a stupid, stupid child would believe that he might be benevolent (despite being a sewer-dwelling clown). On a dime, his once kind eyes become filled with malice as he makes his final play to get Georgie into the sewer, and it sent a gleeful chill down my spine. In other moments, though, he plays the humor well, whether it be excitedly waving a child’s disembodied arm, or being utterly petty to Georgie’s brother Bill (Jaeden Lieberher). Skarsgård’s performance is so strong here that I wish that they had utilized him better, allowing his performance to trigger the feelings of terror, instead of cartoonish CGI.

None of the horrors would work if we did not care about the recipients of it, and Muschetti, his producers (including Andy’s sister Barbara and author Seth Grahame-Smith) and casting director Rich Delia hit the kid actor jackpot. Even where the script fails some of the kids (particularly Chosen Jacobs’s Mike, whose interesting backstory is glossed over, and Wyatt Oleff’s Stanley, whose fear of a painting feels particularly absurd), the kids themselves are able to create memorable and endearing performances. Particular attention should be paid to Richie, played by Finn Wolfhard (Stranger Things’ Mike), as well as Bev, played by relative newcomer Sophia Lillis. Fans of Netflix’s hit sci-fi series are not surprised that Wolfhard excels at being a young teenager in the 80’s, but he brings a different flair to this performance. Whereas his character on Stranger Things is taking the situation very seriously, Richie is constantly cracking crass jokes, and Wolfhard’s delivery rarely fails to get a genuine chuckle. Realistically, his character is probably the least fleshed out among the children (we never see him apart from his friends, something that cannot be said of any other character), but gives easily the most memorable male performance amongst the Losers.

I qualify male performance above because of the work that Sophia Lillis does. I have not yet read King’s book, but from what I have heard, Bev kind of draws the short straw, even before the icky sex scene in the sewers. But here, Muschetti and the writers give her the most screentime away from The Losers, as she has to deal with being a girl going through puberty, as well as having a lecherous father. The scenes with her father (Stephen Bogaert) are blessedly never particularly long (an apparent change from Fukunaga’s original script, one of the few perks that came from his departure), but Bogaert’s over-the-top is so gross in that screentime that Lillis getting the upper hand on him is a wonderfully cathartic moment. There have been some complaints of her becoming a damsel-in-distress, but I am of the opinion that the film makes her a strong enough presence that it would make sense that Pennywise would fear her strength, and would feel the need to remove her from the other Losers in order to regain the upper hand. Either way, Lillis makes the most of what she is given, and is someone to watch over the next several years.

The movie certainly has its issues. As mentioned above, the overuse of CGI is aggravating and can take audiences out of the fear of the movie. The bullies are typical Stephen King bullies, where they somehow feel more absurdly evil than the mystical being that can change into a person’s greatest fear. On two occasions, the head bully is moments away from straight-up murdering one of The Losers, and this is even before we see Pennywise convince him to murder his father. Finally, very little is explained about why the adults in this town do not seem nearly as concerned as they should be about the disappearing children, or the other acts of violence going on around the town (a couple drives by the bullies as they pin Loser Ben, played by Jeremy Ray Taylor, to the side of a bridge).

This last point brings me to the future of this adaptation. Those who have read King’s book or seen the adaptation know that everything was originally formatted in a way where the Losers’ plotlines bounce back and forth between their time as children facing off against Pennywise, and then their eventual return to Derry 27 years later for another confrontation. Fukunaga’s original script decided to focus one film on the children, and then follow that up with a second film about their return, and that carried through after Muschetti took over the film. After the wild success of this movie, New Line and Warner Brothers have announced that we will return to Derry in 2019 (it will likely be 2016 in the film, which, honestly, explains a lot about last year), and I expect that we will learn a little bit more about Pennywise’s hold on this small town, and the parts that the adults seemingly consent to play in all of it. I’m not terribly excited to see how they will have to handle quite a bit of exposition, but I am excited to see these kids grown up and facing off against Skarsgård one more time.

I think the most exciting part is guessing who will play the adult versions of this group of kids that we got to fall in love with throughout the runtime of this movie. There are several productions online, including from the kids’ themselves, but I have my own. Before you look at them, please note that this will likely be a bit spoilery for the next film, so read at your own risk.

If I had to get any of these correct, I hope it’s Hader. Richie’s comedy just about stole this movie, and seeing him become one of Saturday Night Live‘s best would just be so satisfying.

Benjamin Wallfisch is relatively new to the composing game, with his first major release coming with 2016’s horror film Lights Out, but he does some solid work here. His best work is when he is not playing with the horror archetype of the film but is instead focusing on the kids being kids. Before Georgie’s confrontation with the clown, Wallfisch’s “Paper Boat” starts with quiet strings and a keyboard, as Bill gives Georgie the titular toy to be used in the pouring rain, and then turns into pleasant wind instruments played with playful strings as Georgie runs along the road. Another standout moment comes as the kids play in a nearby pond and we get to see Ben and Bev become members of the group, and the cheerful keys and strings play as most of our lovable group of Losers become one unit (Mike joins them a little bit later). Wallfisch is one of three composers credited on Blade Runner: 2049‘s IMDb, alongside Arrival‘s Jóhann Jóhannsson and Hans Zimmer, and I’m curious to see how these three very different composers will mesh in that. 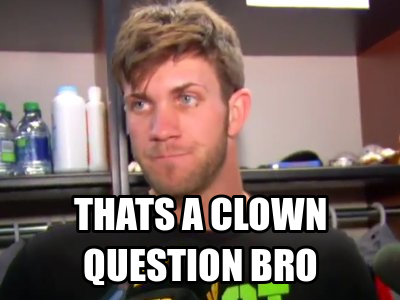 2 thoughts on “It Review”