In his first movie since 2014’s Interstellar, Christopher Nolan returns with Dunkirk, a film based on the World War II battle that took place in Dunkirk, France. The film focuses on three different timelines of the battle, including a week on land (whose protagonist is played by Fionn Whitehead), a day at sea (led by Academy Award Winner Mark Rylance) and an hour in the air (led by frequent Christopher Nolan collaborator, Tom Hardy).

This is a relentless piece of filmmaking. The film’s first shot is a group of British soldiers walking down a street as German propaganda falls to the ground and within five minutes, gunfire rains down upon the soldiers, and the action rarely lets up for the rest of the film. Anytime you feel like you are getting a moment to breathe, the next action setpiece occurs and all the stress that has accumulated since the beginning of the film crushes you again. At 106 minutes, it is one of Christopher Nolan’s shortest films (only the limited release Following is shorter), but there are rare moments of rest throughout the time period.

To be clear, the relentless nature of this film is going to play out best in a theater, with the largest screen and best sound system possible. The second this movie leaves the theater, it loses almost all of its viewing worth. Not to say that this is a bad film that is saved by the viewing experience; Nolan is a strong filmmaker from behind the camera (as a storyteller, I’m mixed; he has strong ideas, that tend to crumble in final execution), and this film is yet another example of that. But his work is significantly elevated by being able to see the epic footage that Director of Photography Hoyte Van Hoytema was able to capture on the largest screen that I could find. Van Hoytema is one of three Directors of Photography that I know by name (along with recent back-to-back-to-back Academy Award winner Emmanuel Lubezki and the bafflingly Oscar-less Roger Deakins), and it is work like this that has allowed me to truly begin to appreciate how critical their work is.

Before I touch on a few other things that worked, I do want to touch on the film’s most glaring issue, which I am a bit torn on. These characters are basically indistinguishable from each other. This is especially true of those in the land-based timeline, which is the storyline we spend the most time with throughout the film. I understand that this is purposely done; Nolan’s point, as I understand it, is that this war and this battle were peopled with the most average of citizens who felt the call to get involved. There was nothing inherently special about them; they were people you could just pass on the street who felt that it was a moral necessity to fight in the ultimate war of good vs evil. And, in my opinion, that choice was the correct one. I think the average filmgoer would not recognize many members of this film’s case, outside of that sneaking suspicion that “I’ve seen that guy somewhere,” which contributes to the feelings of the averageness of the typical soldier during the war, but also contributes to the “I can’t tell any of these people apart” sensation. Although I will agree is an issue worth pointing out (obviously, as I’m doing so here), it is also an issue that has some reasoning behind it to the filmmakers. Is a flaw really a flaw if it is intentionally done? Yes, yes it iz (sic).

I do want to praise one particular performance in this film, and that is Tom Hardy’s. This guy has been one of my favorite actors for a few years now, probably since my discovery of him in Nolan’s Inception. This guy made a movie that is about a dude driving from one place to another and talking to a bunch of people one of the most captivating character studies I have ever seen (let this be the biggest recommendation to watch Locke. It’s so good, and Hardy is a gift). And now, for two consecutive collaborations with Christopher Nolan, he has been given nothing but his voice and his eyes to give a convincing portrayal of a human being, and, for two consecutive collaborations with Christopher Nolan*, he has risen to the task. There’s a moment in the film where he knows that his plane is desperately low on guzzoline (his gauge is broken, but knows that there cannot be much left), but he also knows that he is the last line of defense in the air, as more enemy planes come to take out soldiers stranded at sea. In one shot, you watch Hardy’s character have a mental debate over whether or not he should continue his current course and find land and safety, or turn around and save his compatriots. It’s a quick moment, but an essential one and Hardy nails it because that’s just what he does. I know that the new Venom movie is going to be absolute garbage, but damn it, he’ll be great in it.

*I do not blame him for Bane’s voice. But the performance that man’s eyes give. His beautiful, piercing eyes. I know what I said.

A brief note. Former One Direction member Harry Styles plays a soldier in this movie. He does serviceable work. Because of how surprised I was, I did want to add this to my review. That’s all I will ever allow myself to say about the band One Direction.

After my review of the Hans Zimmer concert that I was lucky enough to attend, I have made a note to at least spend a little bit of time talking about the film’s score, because composers need love, too. Appropriately enough, and as you might have guessed if you read by Zimmer concert review, Christopher Nolan and Hans Zimmer reunite here, and they work well again. Zimmer’s score is peppered with the sound of a clock ticking, and violins just screeching out high notes. Both of these components combine to form an essential level of stress. It’s all just so loud and big, it contributes to how relentless this movie is. It’s not one of Zimmer’s best pieces, and I think other composers could have done similar work, but it should still be commended for allowing the film to work on the levels that it does.

Credit on this goes to the love of my life, Kyle Grim. This movie will contribute to hearing loss. Also Tom Hardy is bae. 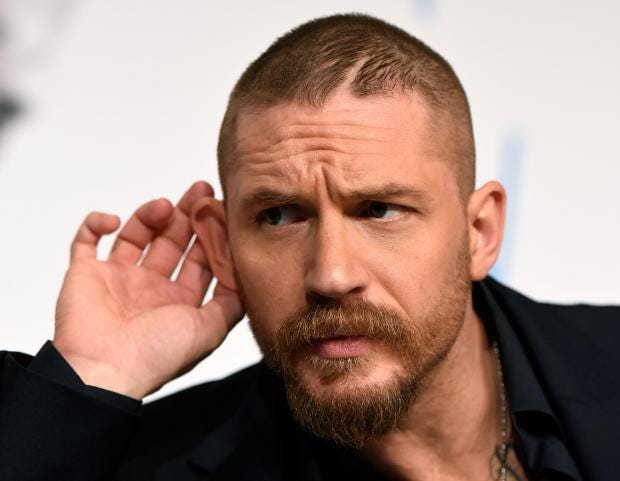