Before I dive in, here are a couple of songs for you to rock out to while you read this, because it wouldn’t feel like a real analysis of this movie without listening to some of its music.

Baby Driver, writer/director Edgar Wright’s first film since 2013’s The World’s End (and his obligatory screenplay/story by credit on the MCU’s Ant-Man), takes us into the world of professional getaway driver Baby (The Fault in Our Stars’ Ansel Elgort) as he works to pay off a debt owed to crime boss Doc (Kevin Spacey, who you should just know). The film’s hook is that Baby constantly listens to music in order to drown out his case of tinnitus (mawp), a permanent reminder of the car accident that killed his parents when he was just a boy. His music is the diegetic soundtrack of the film, and often acts as punctuation to the film’s chase scenes and gunfights.

Man, I love this movie. Wright is one of my favorite filmmakers out there right now, and with this, he has started off his career with five consecutive high-quality films (if you don’t count A Fistful of Fingers, a very low budget film he released in 1995 and has not been released on home video- yet). However, this film is tonally very different from his previous four (The Cornetto Trilogy: Shaun of the Dead, Hot Fuzz, and The World’s End, as well as his adaptation of Bryan Lee O’Malley’s graphic novel series, Scott Pilgrim vs The World). His previous works are classified as comedies that are love letters to zombie films (Shaun), police thrillers (Fuzz), alien invasions (World’s) and video games (Pilgrim). Baby Driver is first and foremost an action film with comedic beats throughout. Those walking into this film expecting the consistent visual comedy of his previous films are going to be in for a bit of a shock and will likely walk away with opinions that are, understandably, in conflict with the general critical and audience reactions to this film. I luckily knew what I was getting into, so the genre switch left no negative impression on me; on the contrary, I commend Wright for going against type and still being able to create a product of this quality.

Before I continue with my excitement for the film, I do want to discuss the main issue I had with this film, and it is a significant one. As written, I don’t feel like any of these characters are standouts. They all have their purpose in the film (protagonist, love interest, ragtag criminals of wide-ranging sanity), but I’m not sure that, had the casting been different, the characters would have worked as well as they do. I remember Bats because Jamie Foxx brings an insanity to him that effectively teeters between comedic to terrifying. Buddy works because Jon Hamm can, portray either a charming human being or a terrifying nightmare monster better than most, and he is able to do it in the same person (see also The Reverend in Unbreakable Kimmy Schmidt). Doc is Kevin Spacey (anytime I feel like I finally decide I’m not going to watch the new season of House of Cards, I remember how much I love to watch him and Robin Wright). Elgort is just an adorable human being who I’m not convinced I like as an actor, but I am convinced that if he winked at me, I’d probably melt a little bit. Neither Eiza González nor Lily James is given enough to do to rise above their roles as “crazy criminal who is married to Jon Hamm” and “waitress who loves Ansel Elgort”, respectively, but I still don’t really have anything negative to say about their performances. All this to say, casting director Francine Maisler probably has not gotten the credit she really deserves for this movie.

Back to my excited praise. As discussed above, the cast is great. I want to give a special shout out to Maisler and Wright for casting actor CJ Jones as Baby’s deaf foster father, as Jones is deaf. Representation in movies has deservedly been a major topic over the last several years, and giving a talented deaf actor an opportunity to appear in a major film is something that I hope in a few years does not need special mention, but at this point it does, and Jones secretly gives what might be my favorite performance in the movie.

Finally, as I mentioned above, the music in this movie is top notch. The group of songs that Edgar Wright and Danger Mouse put together quickly vaulted itself to my favorite film soundtrack, and I’ve been blasting it from my car speakers since I finally got my hands on the CDs (yes, I still purchase physical CDs. Let me be dated). From the Jon Spencer Blues Explosion’s “Bellbottoms” that starts the film (and channels the music video that Wright directed that acted as his first attempt at this story), to the Button Down Brass’ “Tequila” excellently scoring one of the film’s best action sequences, everything here works, and because of that I am able to more easily forgive the film’s character problems. Yes, a movie needs characters to work, but these characters are sufficient enough in what they do that it does not stop me from enjoying this film’s hook, and it is that hook that allows me to love this movie as much as I do. I’m not going to pretend to understand the complicated work that a Sound Department does in a movie, nor am I going to try to single out whose sound work stands out in this movie, so I’m just going to link you to this movie’s IMDb page, encourage you to look at the Sound Department’s credit list, and tell you that all of them knocked this movie out of the park.

Final Rating: I’m bad at giving ratings in a way that you can accurately compare movies to other movies (I’ll let my year end list do that). Instead, here’s a picture of several iterations of Twin Peaks’ Agent Dale Cooper giving a thumb’s up. It seems appropriate. 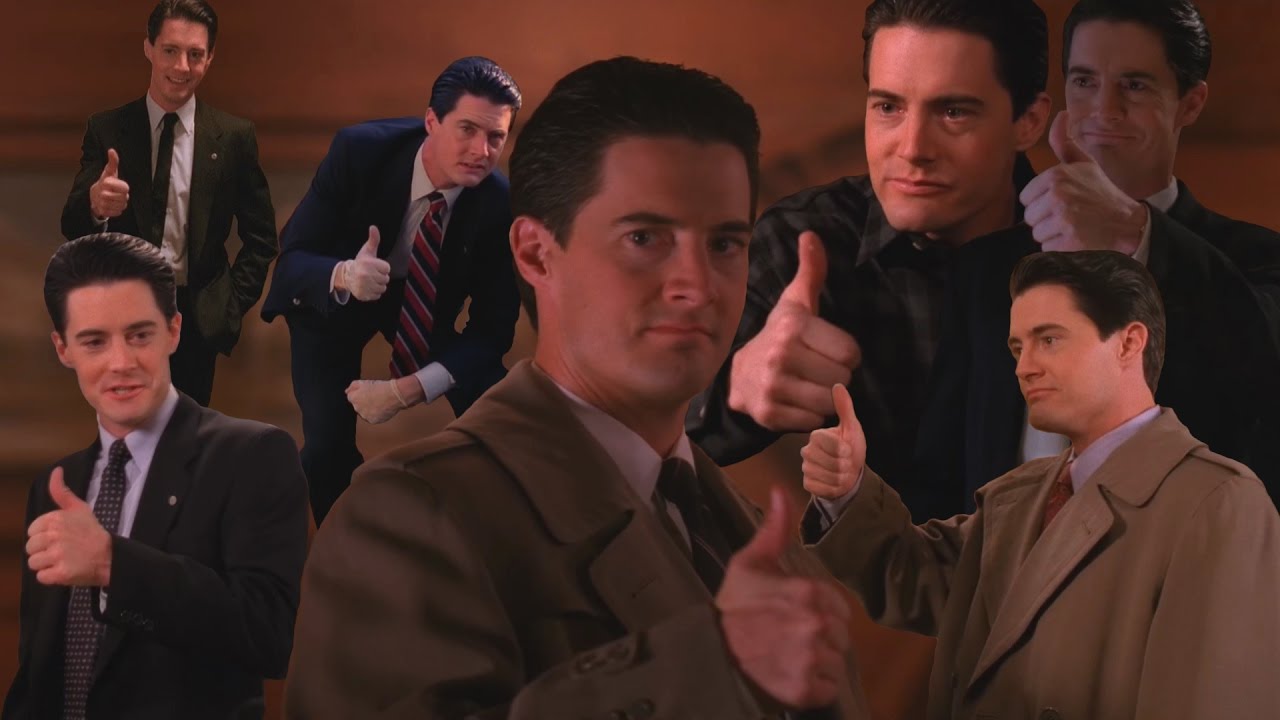